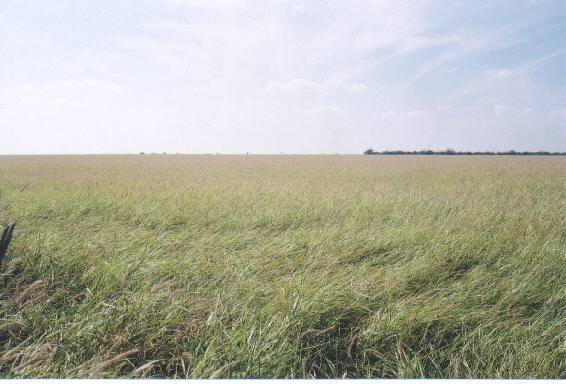 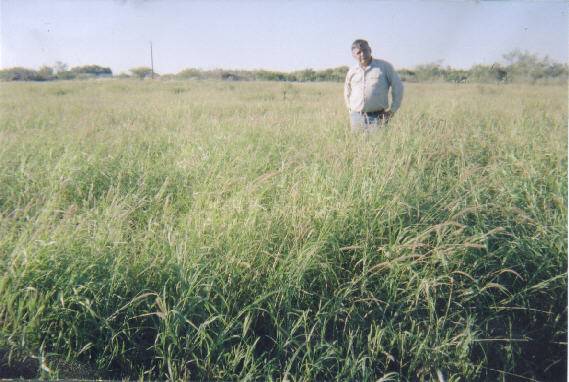 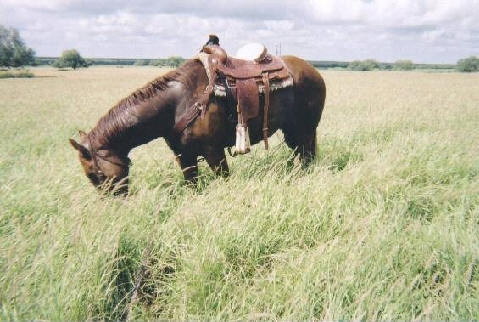 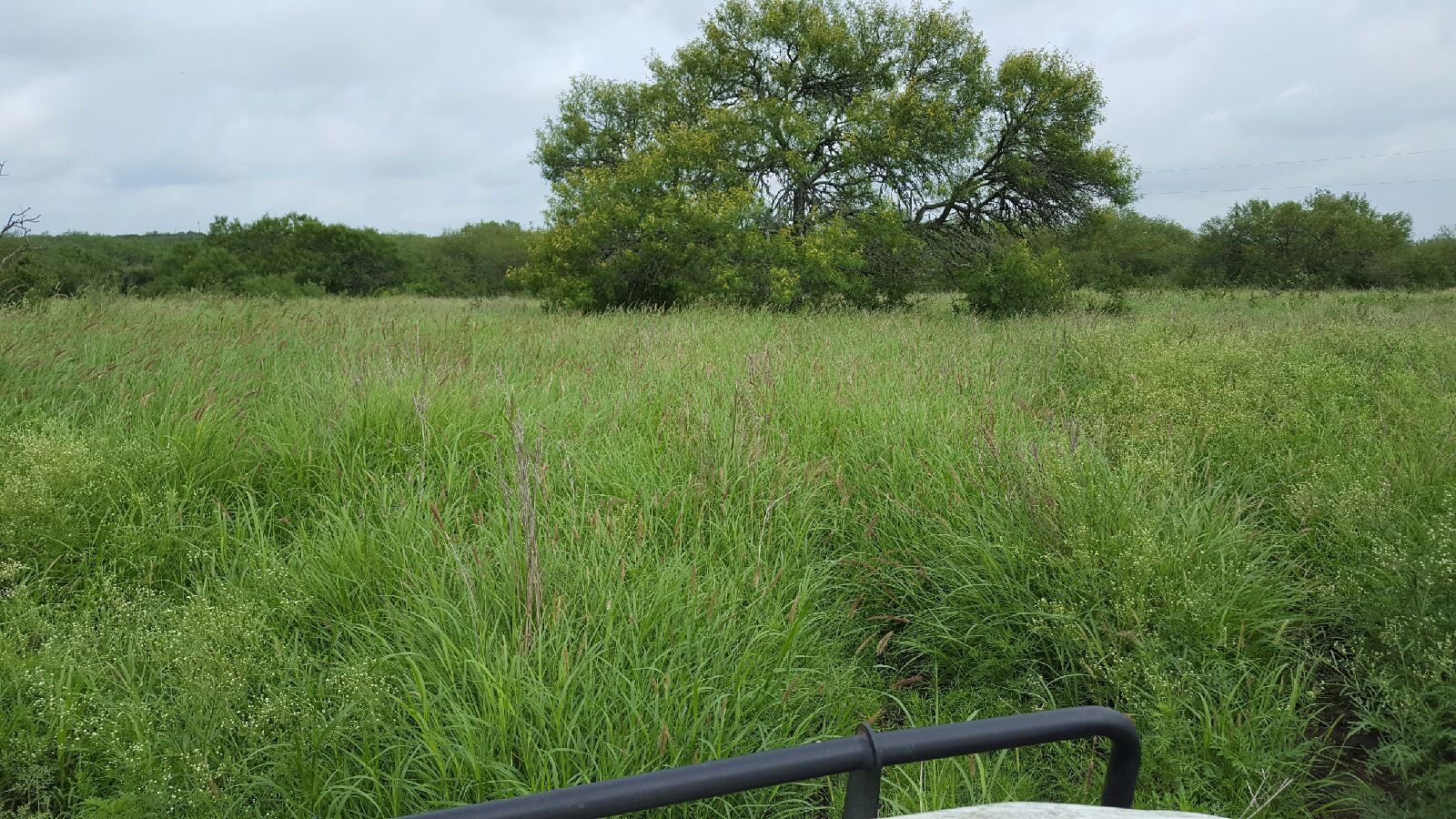 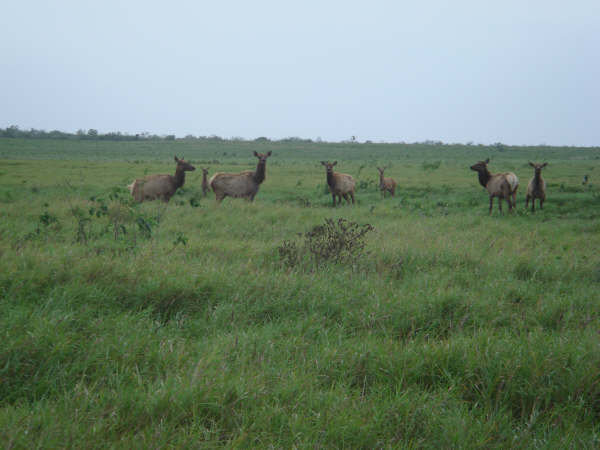 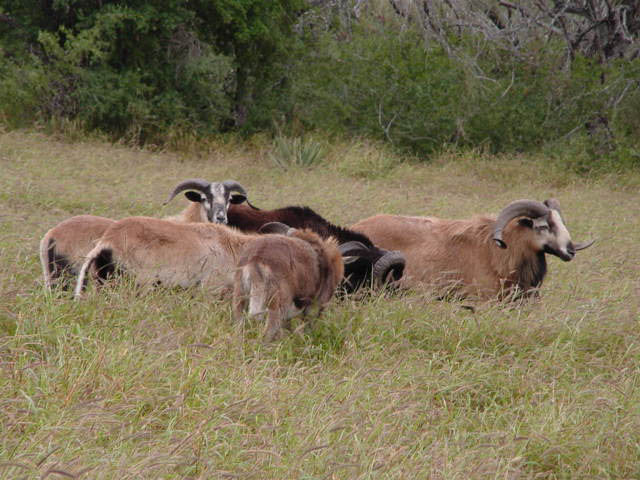 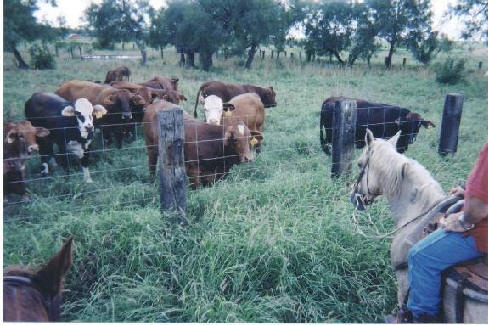 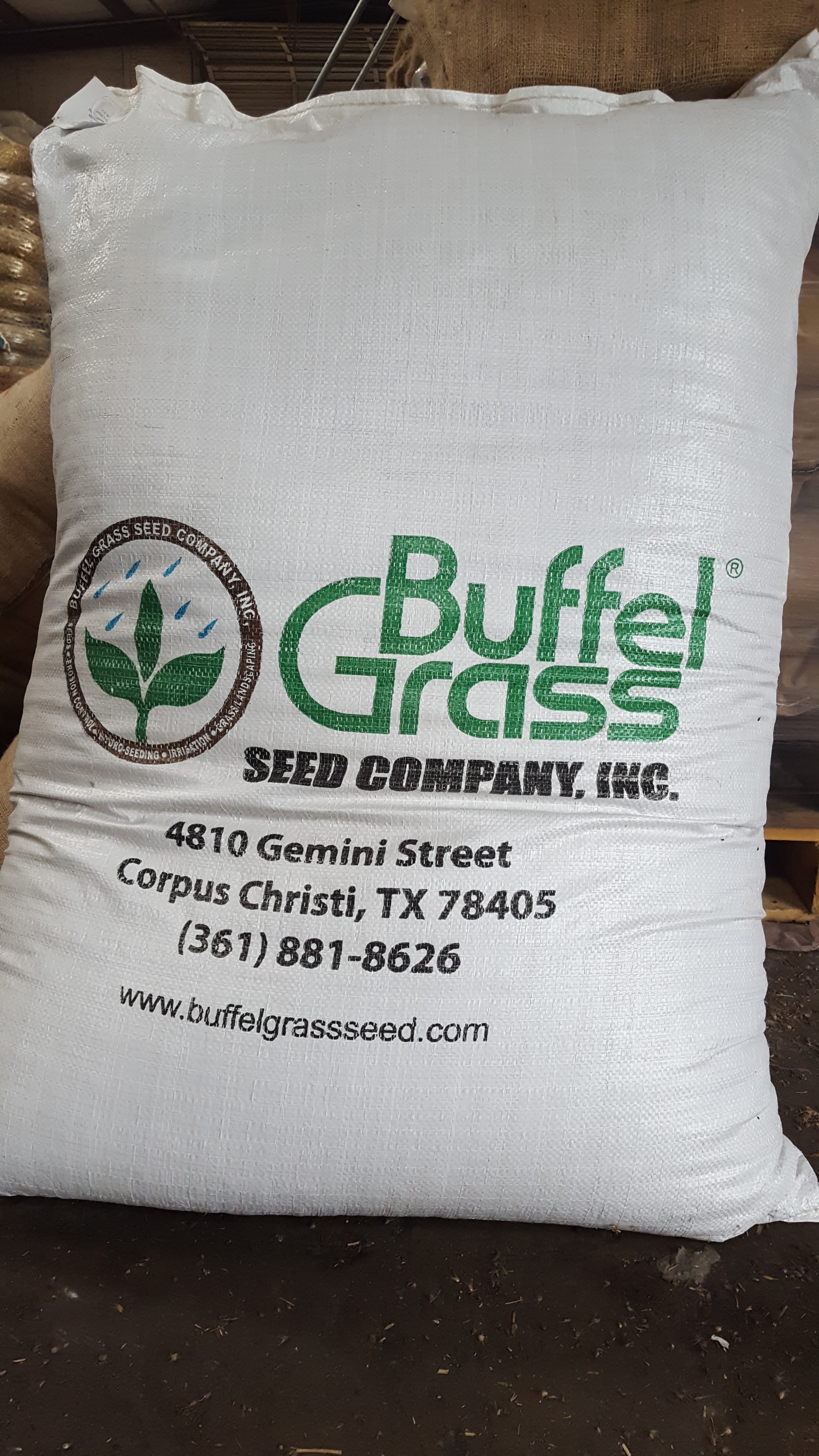 Perennial
Warm Season
Introduced
Buffel T-4464 grass is a warm season bunch grass that was introduced to Texas in the 1940’s from South Africa. It is primarily used for cattle (and other livestock) grazing and hay production. However, it is excellent to re-vegetate disturbed areas and to prevent erosion. Buffel (T-4464) grass has become a resource for wildlife and an excellent food source for many exotic animals

Adaptation and Maintenance: Buffel (T-4464) grass can tolerate droughts, heavy grazing and is a high seed producer allowing it to propagate easily. It response very good to fertilizer. While it is a very heat and drought tolerant grass, it is not as cold tolerant. However, other varieties of Buffel grass can do well in the colder climates.

Buffel (T-4464) grass transformed in less than a century what once was nothing but desert and brush country (South Texas and Northern Mexico) into pasture land capable of sustaining heavy grazing.
Growth Rate: 3 - 4 ft
Drought Tolerance: Excellent
Cold Tolerance: Good
(we have other more cold tolerant varieties)
Minimum Rainfall: 12 inches
Seeding Rate : 3-5 Lbs/Acre
(It is important to consider the Pure Live Seed % of the seed and planting efficiency to determine rate)
Planting Time: March 1st - Mid December
(planting time window depends on the region that you are located and rain considerations)

Planting Depth: 1/4 inches
Soil Adaptation: Both Sandy or Clay Soils
Buffel (T-4464) grass can adapt to caliche soils.
Fertilizing
Starter Fertilizer (15-15-15)
at a rate of 200 Lbs/acre is a catch all rule of thumb; however, if you have a fresh root plow on virgin brush, you may not need to fertilize. Soil samples can be taken and analyzed for N-P-K requirements.
Maintenance Fertilizer: (30-10-0)
is a typical fertilizer used to restore the nitrogen depletion during the grazing or baling process. Again, soil sample analysis can tell you more accurately what type on how much fertilizer you need.